Teaching children about how to recognize and prevent child sexual abuse – that your body is your own – is as essential as teaching them to buckle up, look both ways before crossing and to wear a helmet when riding a bike.

Simon, the star of our show, empowers children and teaches them to speak up if they are being touched or approached in a way that makes them uncomfortable. Through songs and dialogue with Simon, children learn:

Child Sexual victimization is the single worst health epidemic that children face and probably the least talked about.

CSA is an insidious part of our society.  It is known as  ‘the Silent Epidemic’ because of all the taboos attached to this issue.  People don’t like to hear about sexual abuse, it makes them uncomfortable, silent and uneasy about hearing/talking about the issue.  Yet the silence keeps the predators going; the shame about talking about their abuse helps predators without the child knowing they become enablers.  Thus, sex offenders know this and manipulate their victims into a code of silence.

There are approximately 43 million survivors of CSA in the USA. 800 plus children are sexually abused every day; 10% will never disclose their abuse.  This allows perpetrators to continue their victimization unchecked and hinders healing in the victims.

MYTH: He looks normal and acts normal, so he can’t be a child molester.

A common and dangerous public assumption is that a person who looks normal and acts normal simply cannot be a child molester.  Sex offenders are knowledgeable about the importance of their public image and can hide their private behaviors from their, neighbors, colleagues and even their own family members.

Sex offenders use a number of strategies which allow them to gain access to children while hiding their true actions.  Many perpetrators seek out volunteer or employment positions that place adults in close proximity to children.  Some child molesters appear to be charming, socially responsible, caring, compassionate, morally sound and sincere.  Parents and other responsible adults trust these individuals.  This leads to continued access to child victims.

MYTH: Child molesters target any and all children nearby.

Just because a child is in the proximity of a sex offender, this does not mean that the child will automatically become a target or a victim.  This may seem obvious, but some people believe that if a perpetrator didn’t abuse a certain child to whom he access then the children who do make an outcry of abuse must be lying.  Sex offenders carefully select  and groom their targeted victims, employing an outline or plan to get a particular child alone.  Not every child fits the mold of what a pedophile is looking for.  There is a process of obtaining a child’s friendship or trust, and in some cases, the parents friendship or trust as well.  Once trust has been obtained, the child is more vulnerable, both emotionally and physically.

93% of all reported cases of child molestation involve a child and a know perpetrator.  It is not the stranger in the park, it is the people in your home.  The people most likely to abuse a child are the ones with the most opportunity, most access and the most trust. Abusers can be parents, step-parents, uncles, aunts, step-siblings, babysitters, tutors and family friends.

MYTH: People are too quick to believe an abuser is guilty, even if there is no supporting evidence.

In truth, people are too quick to believe that the accused is innocent, even if there is plenty of supporting evidence, It is hard for most people to imagine how any person could sexually abuse a child.  Because they can’t imagine a ‘normal’ person doing such a heinous act, they assume that child molesters are monsters.  If the accused does not fit this stereotype (in other words if he/she appears to be a normal person, then many people will disbelieve the allegation, believing the accused to be incapable of such an act.

MYTH:  Hundreds of innocent men and women have been falsely accused and sent to prison for molesting children.

Over and over again, the media has raised the question whether America is in the midst of a hysterical overreaction to the perceived threat from pedophiles.  Actual research, show as a whole, our society continues to under-react and under-estimate the scope of the problem.

Prior to the 1980’s, child sexual victimization was largely ignored, both by the law and by society as a whole.  In the 1980’s when the scope of the problem began to be acknowledged, the police began to arrest adults accused of child abuse.  A backlash quickly formed and police and prosecutors were soon accused of conducting ‘witch hunts’.  Although some early cases were badly handled-mainly because police had little experience dealing with very young child witnesses-there is little evidence to back the assertion that there was widespread targeting of innocent people.

In fact, research has consistently shown that few abusers are ever identified or incarcerated.  Estimates suggest that only 3% of all cases of sexual victimization and only 12% if rapes involving children are ever reported to police.

I will be following up with additional information, i.e.

*What to do if a child discloses to you

*Information from our brochure, “How I Fooled You” which was produced with sex offenders who are in treatment.  It covers: ‘How I picked my Victim’, ‘What I watched For’, ‘How I Fooled Myself”

*How and why child molesters get away with what they do, etc.

*Resources for parents and care givers. 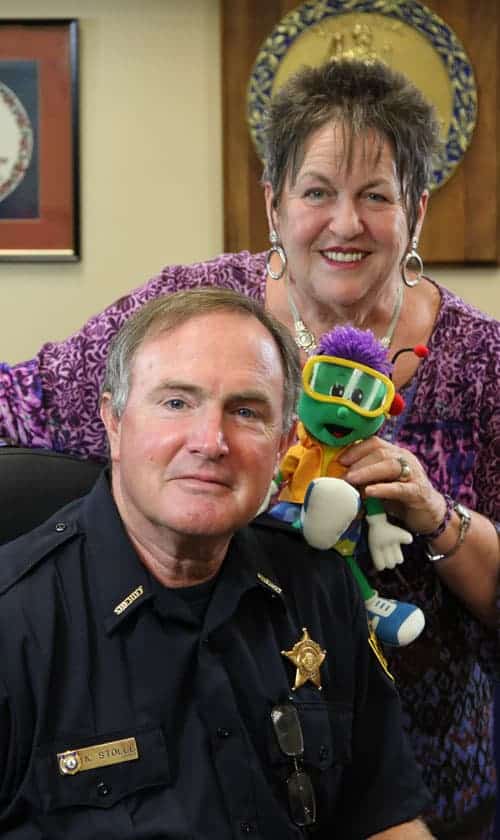